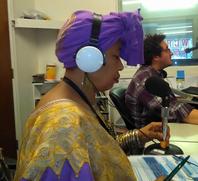 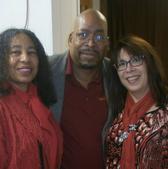 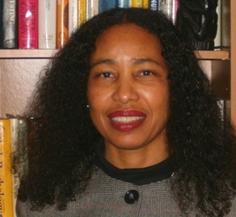 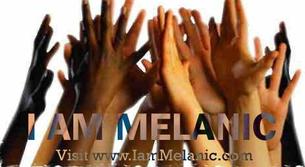 Dr. Ayo Maria Gooden earned her B.A. in Psychology from Lincoln University, the oldest four-year Black University in the nation (1854), and her M.A. and Ph.D. in Clinical Psychology from the University of Cincinnati, (Honored in 2008 as one of 33 Black women to ever earn a Ph.D. in psychology from the University of Cincinnati).  She is the first person in her family to earn a college degree.  She is in full-time private practice (individual, couples, families, groups for children, teens and adults) and served as an Adjunct Professor at Lincoln University in PA where she formerly served as the Director for the Act 101 Program and the Learning Resource Center (Under her former name Dr. Sanyika).  She helped students who needed capacity building graduate at a rate of over 71%.  She has served as an Assistant Professor and the University Psychologist at Cheyney University in Pennsylvania and a Instructor at the University of Louisville in Kentucky.  Courses taught include Primary Prevention, Crisis Intervention and Mental Health, Human Growth and Development, General Psychology, Abnormal, Clinical (Testing and Assessment), Race, Ethnicity and Health and Freshman Seminar.

Dr. Gooden was the creator and producer of the televised campus game show, The Imhotep Program, designed to teach wellness from an African perspective and sponsored by a grant she wrote funded by Morehouse College of Medicine.  Dr. Ayo has over 40 years of experience working with children, adolescents, adults, and older adults from a range of socioeconomic and ethnic groups with a preference for specializing in issues relevant to African American populations.

She is the author of two original research projects: Distinguishing Suicide from Parasuicide Among African Americans and Black Suicide: Prodromal Signs Using the Psychological Autopsy. Dr. Ayo (Yoruba for joy), also designed an assessment tool for assessing suicide risk and is writing a manual to train mental health workers how to assess high suicide risk especially among Afrikan Americans.   Some of her interests include: 1) the effect of food (nutrition) on behavior/health, 2) recruitment and retention, 3) male-female relationships, 4) the impact of media on self-esteem and Melanic images, 5) violence prevention, and 6) cultural competency.

Dr. Gooden has written numerous articles directed at the general public including, Suicide, Attempted Suicide, and Parasuicide Among Afrikan-Americans, Does Milk Do a Body Good?, and Developing Positive Self-Concepts  She is currently writing a sequel to her book, A Single Bracelet Does Not Jingle: Empowering Afrikan Men and Women for Success.  She is the co-author of a book chapter African Americans, European Americans, and Pathological Stereotypes: An African-Centered Perspective in Psychology of Culture.  She is currently working on a book addressing cultural competency for those who work with African Americans.

Dr. Ayo has written grants totaling over five million dollars for recruitment/retention, disability training, wellness, and training in South Africa.  Dr. Gooden is blessed to be married to Dr. Warren Gooden (Lincoln alum), a chemist and a full professor at Cheyney University, who has submitted a patent on an extract for the treatment of herpes and shingles.  They have two wonderful and equally brilliant sons (graduates of West Chester East High School), Amon Gooden, B.S . in Physics with minors in Pre-Engineering and Mathematics from The Lincoln University now in Aerospace Engineering at the University of Cincinnati and author of Check This Out.   Brandon Gooden, B.A. earned his degree in Political Science from Cheyney University.  Dr. Ayo was born in Louisville, Kentucky and grew up in Lorain, Ohio.  Dr. Ayo is the proud daughter of Mr. Lorenzo Casey, Sr. and Mrs. Marilee J. Casey.  Dr. Ayo reports that her greatest accomplishments have been the success of her sons in this challenging society and the personal relationships she has developed with students, mentees and clients who have persisted and excelled personally, academically, and professionally.

"When spider webs come together, they can catch a lion"